More books that warped me.

The know-too much edition. (The first version, here, contains mostly knitting books that influenced me.) This contains more general books that made me go 'whoa' or taught me a lot. This was inspired by the protein-in-flour discussion in the comments (I can practically hear people thinking 'how in HELL does she know that?') and also, by drugs. 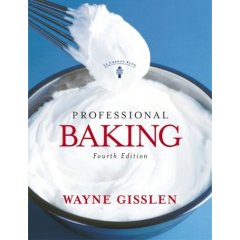 "Professional Baking" from Cordon Bleu and Wayne Gisslen. I've got the third edition (this is the fourth). I bought this, oh, five, six years ago now. Everyone thought I was insane for doing it, but it taught me EVERYTHING. Not just bread flour vs. cake flour, but professional baking short-cuts that really save wear and tear on my hands. Do not swoon at the price... I got mine on sale, and you can still pick up the third edition in some on-line outlets for less.

"Cod", by Mike Kurlansky. Any subject can be interesting if it's written about by the right person. Including the history of cod fish. I'd learned that lesson before this book came out, but this book is a fine example of it. Don't believe me? Get a copy yourself. I even read the part about Iceland's 'cod wars' out loud to the husbeast and he laughed. The author also did a book on salt, and I see he's got one out on oysters that's new. Must get.

This book also really sparked my fondness for what I call 'pop history' books. 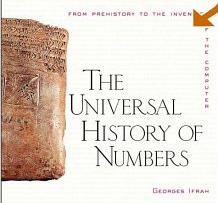 "The Universal History of Numbers" by George Ifram. It's a translation, so it's a little more dry than it might be, in the original French. This is the book that made me, if not like numbers, then quit hating them. I originally got it to read the explanation on why Babylonians used base twelve. (The book's explanation is not adequate, as far as I'm concerned, and I don't think anyone's explained it properly, yet.) Of course once I laid hands on the book I read all of it. It's fascinating, and you know what? Numbers are just a tool, like a hammer or a knitting needle. Use them for what you need and otherwise, don't sweat it. They aren't some great monument to logic, and they aren't the worst thing in the world either.

"A Short History of Nearly Everything" by Bill Bryson. It gives a great overview of science. ALL of science. Not just the history of it, but how it works. What's the diff between evidence and proof? Stuff like that. It also demonstrates just how affected by the personalities of scientists the whole thing really is. (Unbiased, my ass.) And since it's Bill Bryson, it's hilarious.

"The Modern Mind" by Peter Watson is similar. It's a history of ideas in the twentieth century. Very thought-provoking, but Watson is no Bryson; the book is pretty damn dry. But worth slogging through for an understanding of IQ testing, statistics, and a host of other things.

I'm sure by now everyone's noticed these books are mostly about history. Yup. It's a major interest of mine... if you study the history of a subject, you know the subject. I'd say for the general reader, though, stick to the Bryson book, and the Cod book. The others are kind of esoteric unless you're sincerely interested in the subject involved.
at 3:17 PM

Thanks for reminding me of these. I read reviews of the Kurlansky "Salt" and "Cod" books, and I'm trying to put holds on them online right now. Ooh, look, he has kid versions of the "Cod" & "Salt" books -- and what is "The Basque History of the World"? Must. Have. Book.

I have my 14-digit library bar code number memorized. :)

I love Bill Bryson and have read almost all his travel books. Currently I'm reading a biography about Adolph Hitler. For when me and The Baby take over the world.

A Short History was my first Bryson, and also my first-ever book review (I got an A+). I've bought most of his books now and am waiting to read The Thunderbolt Kid. He's such good fun!

*sigh* You totally humble me... I'm having a hard enough time reading crap books (well, beloved fiction is more like it, but I'm an English teacher--I do recognize crap when I turn the pages) so getting into history just makes my eyeballs hurt. (Although I did just get into Nancy Bush's Folk Socks--and I read the history and didn't cheat and go straight to the patterns. Maybe I'm not a hopeless mental slacker after all. I might even buy COD.)

and I thought I was the only one who read that cod book. yay!