So far I've been presenting our designers more or less in chronological order, but for Poiret we're going to have to flip back our mental calendars. House of Poiret was open from 1903 to 1929, losing relevance after WW 1 and finally shutting down after the market crash in '29, knowing they wouldn't survive the Great Depression. So shuffle this into your mental files in the proper time, and let's look at some great clothing. (FYI, for most of the clothing in most of these posts, if you put your mouse pointer over the photo, you'll get the name of the picture - and I've put the year they were designed or first made in the photo title.)

"I am an artist, not a dressmaker." -- Paul Poiret

Paul Poiret was actually Parisian, which sets him apart from most other designers and certainly from the ones we've covered here. His father was a cloth merchant in Les Halles, which at the time was a pretty rough neighbourhood. As a teen he drew fantastical ideas for clothing and occasionally sold them to fashion houses of the day. Due to this, he eventually was hired at Doucet, who at the time was pretty much the only competition Worth had (and I suppose needs its own post). It was 1896, and the fashion world was poised on the edge of huge changes; Poiret was seventeen and arrogant enough to be the guy to lead the way.

By 1903, Poiret had decided that Doucet was too conservative for his talents, so he struck out on his own and established his own house. There, he proceeded to dictate fashion, to his own exacting, artistic standards. 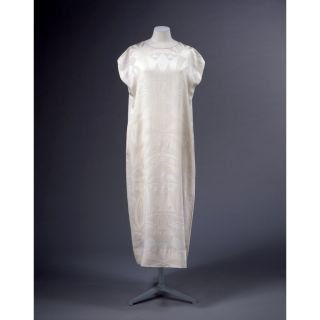 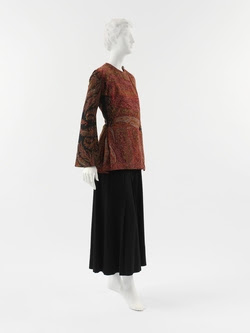 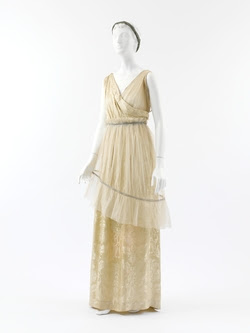 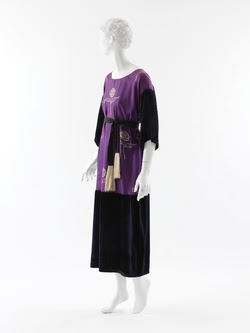 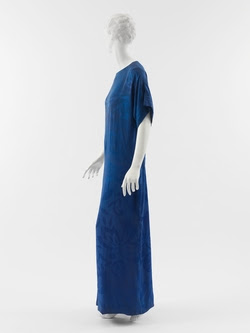 He was the first to suggest women ditch corsets and wear something comfortable. As you see, his designs were loose and easy to wear. Of course they were a huge scandal at the time; you could probably find a variation on each of these cuts in any department store you walked into, today.

From a technical point of view, what he's done above is moved the support point of the dress from the waist (where it had been for centuries, with corsets to supply the needed architecture) to the shoulders. By doing this, he set the tone for all the famous 'flapper' dresses of the 1920s and is often credited as the guy who invented that flapper silhouette: 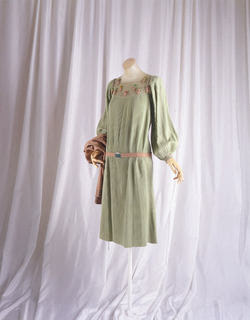 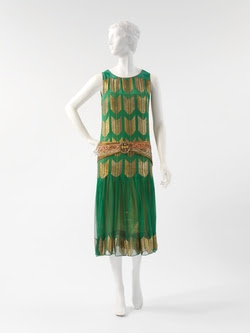 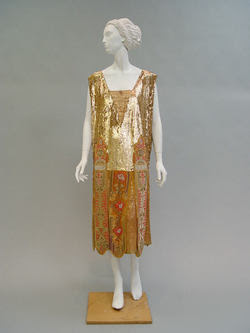 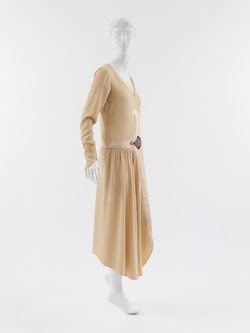 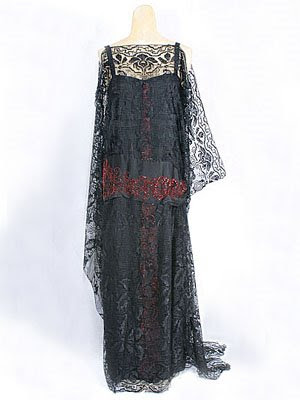 Poiret also exhibited some marketing savvy that would be picked up later by Madeline Vionnet. He was the first to use catalogues to market his clothing to an audience wider than Parisian circles. He also opened his own nightclub and used it to throw fantastical parties requiring costumes - that he would be happy to sell you. 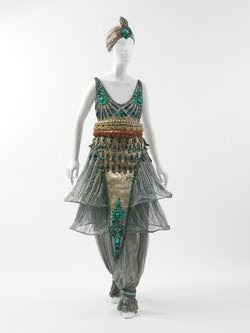 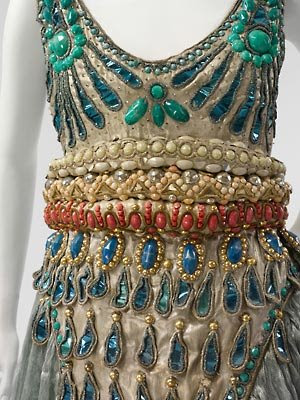 These are favorites, for fashion retrospectives. The public goes wild over them. But even Poiret, at the time, didn't expect them to be worn more than once or twice, and certainly not for regular wear.

He was also, rather notoriously, famous for the lampshade dresses*: 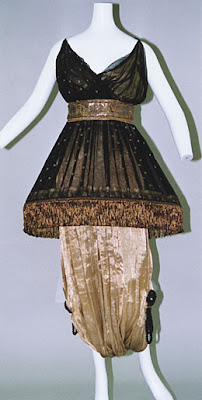 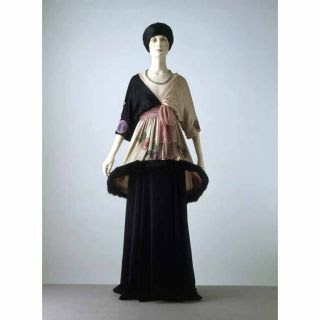 These he DID expect women to wear out in public, and they did. Which goes to show, even in the nineteen teens, people would wear utter silliness if they were told it was fashionable.

During WW1, Poiret left his fashion house - which was supposed to still be running - and served in the army, helping to streamline uniform manufacture. When he got out, his fashion house was heavily in debt, fashions had changed, and he was unable to keep up. Eventually he bowed to the inevitable and closed in 1929. He died in Paris in 1944, mostly forgotten, while Germany occupied Paris. Even today, he's a little-known name in fashion, which is a shame because he's the one who really led the way and showed other designers how they could dress women who didn't wear corsets. I daresay he brought some color and flash to the industry, too.

*For those who are fans of the Amelia Peabody novels: There is a scene in one of them where Nefret is dressed for a night out and asks "how do I look?" and Ramses replies "You look like a lampshade." Amelia goes on to think, well, it WAS a Poiret dress. So next time you read this scene, make sure to laugh soda out your nose like I did.
at 9:42 AM

My grandma was a flapper and she wore lots of dresses like those sack dresses. She was a real babe, in fact, that was her nickname, Babe. I love these clothes.

The lampshade look reminds me of a brief period in my teens when hoop skirts were the rage; you had to sit down VERY CAREFULLY.

Very interesting, and brought to mind a question: Will you be covering the dress reform movement?

(http://www.marquise.de/en/1900/howto/reform.shtml has a pattern for a reform style dress (sewing pattern))

Anyone who thought that women should give up the corsets is a hero in my book. The lampshade dress looks like some maternity clothes I have seen....

Didn't Poiret design for the ballet as well?

Imagine trying to re-create that turquoise and coral costume today. The expense! And imagine all those rocks on your unsupported boobs. Ah, but the drama, the impact of appearing in that costume might be worth a few hours of discomfort.

The lampshade dress came out about the same time as the hobble skirt, no? Ahh, fashion's excesses!

I discovered your blog last week and I already can't remember where I got the link. A discussion on Ravelry I think? Anyway I LOVE the fashion posts. So cool, and I am really into art history and Arts and Crafts stuff and all that. Thanks for going to the trouble to collect all those images.

Also, I think I would like to own a dress by Madame Vionnet. Just for the record