I promised Bells a tutorial on this, and it's useful, so here you go.

I assume everyone knows the basic long-tail cast on method. If you don't, you can find video of it here. This is how to tweak the cast-on for provisional, removal purposes later.

Instead of using the same yarn for casting on, and the stitch-holding twist, you'll use separate yarns. For the part you're removing later, as always, get a contrasting color, in something smooth and strong, so you can pull it back out. I generally go with a smoothly-spun cotton that's the same weight (or close) to the yarn.

Tie a slip-knot of both yarns, together. Position the slip knot on the top of your knitting needle, and drape the to-be-removed yarn over the FRONT of the needle (in this case, the orange), and the yarn you intend to knit your project with toward the BACK of the needle (the dark blue). 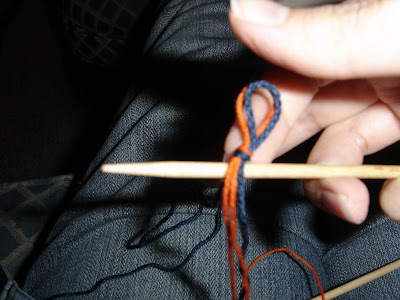 Work the cast-on like you would normally do a long-tail cast on. THE LOOP CREATED BY THE SLIP-KNOT DOES NOT COUNT AS A STITCH. So start counting your stitches AFTER that. 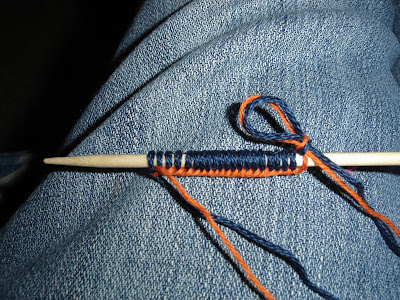 The dark blue loops on the needle count as your first row of knit stitches. The orange loops are the cast-on bit.


Knit yer whatever. I got a closeup so you could see what to expect. 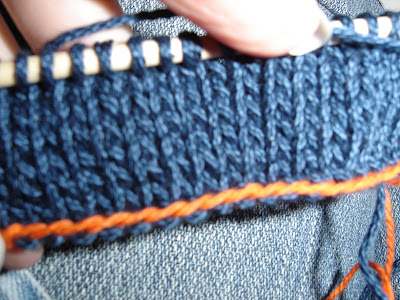 When it comes time to remove the cast-on, first, pull out the slip knot. 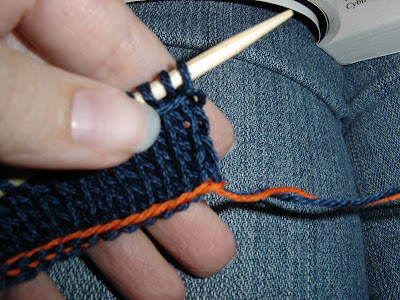 Clip off the removable yarn very close to the edge. Tuck a darning needle or a knitting needle under the first of the loops and pull. It'll pop right out. 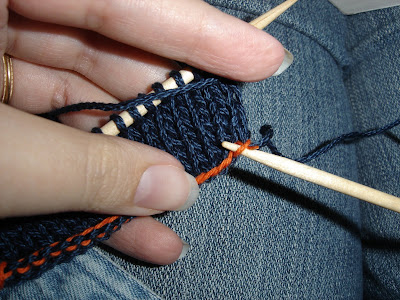 Then unzip, as fast or slow as you like. 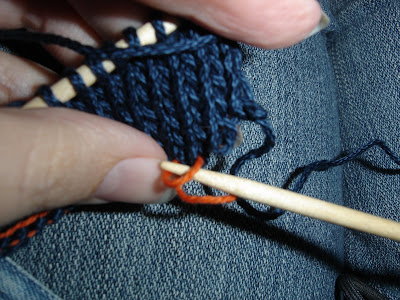 This is my favored method, for, well, everything. It creates a VERY firm edge, which is helpful for doilies and other lace projects with an edge added later, and it's handy for things like a half-graft hem, where you want to pull just one stitch loose at a time. It's not like most provisional cast-ons that instantly unzip, leaving you with fifty million loose stitches to chase down. You can make it go as fast or slow as you like.

Oh is THAT what you meant! Duh. Right. I did that for the steeked jacket. I remember now. Thanks for that!

very interesting - thanks for the tutorial

i have been struggling with lace cast ons for days and when I googled it just now, came back to this. I should stick with what works best. Await the blog post.