If a movie was made of Josephine Baker's life, everyone would say it was too improbable. But it really happened. (I think it was Tom Clancy who said the difference between fiction and reality is, fiction has to make sense. But I digress.) 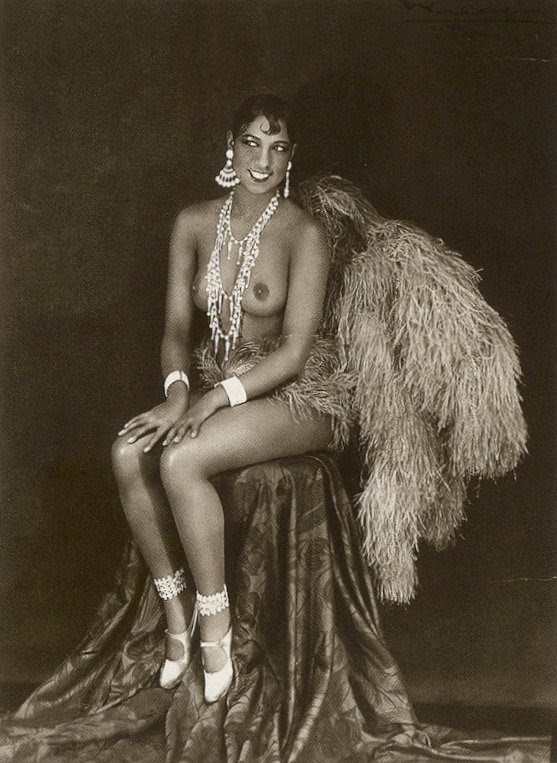 She started her career as a scandal.

Josephine was born in 1906 in St Louis, Missouri. Which is an unlikely start for her later life, but it just goes to show. She got recruited for Vaudeville at age fifteen, and was part of the Harlem Renaissance She performed as a dancer in clubs and shows in New York, in the Roaring Twenties, working her way up to becoming a headliner. In 1925 she became the toast of Paris, notorious for dancing nearly nude - one description I've read has her wearing a single feather.

She starred in movies. She recorded music. She was the muse of famous artists like Hemmingway, Picasso, and Dior. After a quick tour in the US, she came back to Paris and in 1937, married a Jewish French guy, no doubt causing more scandal. She became a French citizen and by all accounts was extremely happy.

Then World War Two broke out.

Obviously not one to sit back and let life happen to her, Josephine first became an "honorable correspondent". She'd attend parties, listen to gossip, and report anything interesting back to the French Resistance. She put up refugees in her summer home in the south of France. She sent gifts to the soldiers. She did performances for the troops, and for the injured.

She smuggled messages around Europe, in with her sheet music, when she performed.

She was the first American woman to receive the Croix de gurre, France's highest honor.

With the war over, Josephine went back to entertaining. Her way. She racially integrated many concert halls in the US during the fifties and sixties; she's simply refuse to perform in segregated houses.

After running with the French Resistance in World War Two, the Civil Rights Movement in the US probably looked like just her cup of tea. And she stepped in with both feet, offering assistance of all kinds. One woman spoke during the March On Washington. 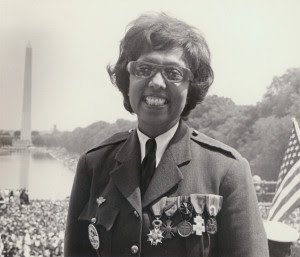 It was Josephine Baker, in her Free French uniform and all her medals.

Baker said no, because she wanted to stay alive long enough to raise her twelve adopted children.

She continued to perform, demonstrate, and be awesome. She was found in her bed in 1975, surrounded by loving reviews of her latest show. She'd had a brain hemorrhage and died a few days later. Her funeral brought Paris to a standstill one last time.

And the planet was short one incredibly badass woman.
at 8:25 PM

Josephine Baker was also featured at the beginning of the animated movie "The Triplets of Belleville", a lovely french production from 2003. She was wearing a skirt made out of bananas. I fell in love with her at that moment. The movie also had Django Reinhardt's music in that intro section, another fabulous find.

Check it out here: http://www.imdb.com/title/tt0286244/ And don't worry if you don't speak French - the film is dialogue free, and the only song with words in it is in Portuguese, so even the French don't understand it!

Yes, the famous "Monkey Dance" with the bananas . . . She did make quite a stir, didn't she? I didn't realize, though I should have figured, that there was more to her than naughtiness and verve. Thanks ever so for sharing this!

Darn you, Samurai, you made me cry. Granted I'm in a tenuous emotional place right now, but still. I am humbled by her badassery. Who could ever be mean to that smile?

I LOVE Josephine Baker-- thank you for reminding me that women can be totally badassed too!

I posted a link to this blogpost on FB because your short bio. is awesome. Keep it up! 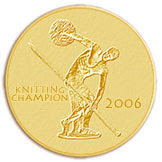